The No. 7 Maryland men’s lacrosse team needed to regroup following its first loss of the season last weekend against Notre Dame. On Saturday, it did just that, defeating Albany 14-9 on the road.

Maryland attackmen Louis Dubick and Jared Bernhardt each scored hat tricks against the Great Danes accounting for almost half of the team’s final goal total. Bernhardt also added an astounding five assists to continue his fantastic junior season. Goalkeeper Danny Dolan made nine saves on the day to continue his sharp beginning to the season. The win puts the Terps at 6-1 on the season.

The scoring began in the first quarter with an Albany goal by Steve Ramirez to put the Great Danes in front. In a rather low scoring rest of the quarter, Anthony Demaio and Will Snider scored off feeds from Bernhardt to take the lead heading into the second frame.

After Albany’s Jakob Patterson tied the game for Albany, Maryland went on a 5-0 scoring run heading into halftime to take a commanding 7-2 lead. Jared Bernhardt and Logan Wisnauskas showed their usual offensive abilities during the run combining for three goals and one assist.

Looking to regain control and take home a win following this three-game road trip, the Maryland offense erupted in the fourth to pull back away and win on the road. Jared Bernhardt and Anthony DeMaio began the scoring in the quarter to extend the lead back to four goals. Albany’s Mitch Laffin quickly scored back-to-back goals to shrink the lead back to two, but it was Bubba Fairman, Wisnauskas and Dubick who shut the door on Albany’s upset hopes.

The Terps will now head back to College Park, Maryland for a meeting with the Villanova Wildcats on March 16. 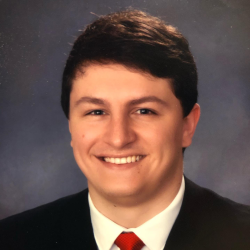