The Maryland women’s basketball team defeated Penn State by sixteen points Friday night, but the score does not tell the whole truth.

Though the No. 4 Terps pulled off a 77-61 win over the Lady Lions on the road, they were either tied with or trailing Penn State for the majority of the game. Maryland entered the fourth quarter down 57-56 but owned the final ten minutes, going on an 18-0 run in the final eight minutes.

Junior guard Kaila Charles led the scoring for the Terps with 23 points, and junior forward Stephanie Jones was close behind with 17 points as the Terps remain undefeated and earn their first conference win.

Despite a fast start from Jones that put the Terps up early, the Terps were unable to break away from the Lady Lions. Sophomore guard Kamaria McDaniel finished the first quarter with eight points, helping Penn State establish a 21-18 lead.

The Lady Lions started off the second quarter with a quick two points, but it was not long before the Terps came back to life. In just under two minutes, the Terps put together a 7-0 run on the backs of freshman guard Taylor Mikesell and Jones and tied the Lady Lions, 30-30. Mikesell and Jones led the Terps’ offense at the end of the half with 10 points apiece.

Despite this surge, the Terps were unable to hold a lead at halftime, trailing 41-39 at the break. Senior guard Teniya Page led the Lady Lions with 14 points, and McDaniel was close behind with 11 points of her own.

Page finished the game with a team-high 24 points, but aside from McDaniel’s 16 points, no other Lady Lions finished in double figures.

Though each team had its share of turnovers in the first half, it was the Lady Lions that were able to capitalize off of their opponent’s mistakes. Penn State had 13 points off turnovers at the half, while Maryland only had three. Maryland finished the game with 18 turnovers.

McDaniel sunk a buzzer-beater three at the end of the half to give Penn State a slight lead, but the two teams were evenly matched despite Penn State coming in as the underdog.

In her second-career start, freshman forward Shakira Austin made her presence known on defense, recording 10 rebounds in the first half. Austin, however, exited the game with an apparent ankle injury in the third quarter and did not return.

The Terps came out in the second half and quickly tied up the score, as Mikesell drove to the basket for a tough layup and drew a foul. Her made free throw brought the Terps even to the Lady Lions at 42-42. The game would stay locked for much of the third quarter, as the two teams traded the lead.

Thanks to solid defense limiting the Lady Lions’ chances, the Terps stayed close despite going almost three minutes without scoring in the third quarter.

They flipped the switch in the final minutes of the quarter, though, and held the Lady Lions scoreless 2:19 to end the half only down one, 57-56.

Scoring troubles started to arise for the Lady Lions in the fourth quarter, shooting under 40 percent from the field, and Maryland started to pull away. After a 6-0 run in just over a minute, Maryland took its first lead since the second quarter after Jones got a steal and two free throws.

Soon enough, the Terps were rolling on a 21-2 run and finished the game with a sixteen-point advantage despite an even match in the first three periods.

The Terps will be back in action on Dec. 31 when they host Rutgers for a New Year’s Eve matchup at noon. 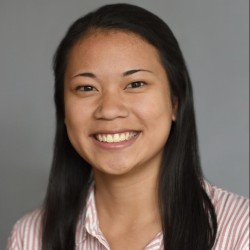 Hannah Fields
Hannah Fields is a journalism major at the Philip Merrill College of Journalism at the University of Maryland. Hannah is a beat writer for The Left Bench and has covered various sports such as men's soccer, women's lacrosse and wrestling. She is also involved with The Left Bench TV and other publications on campus.

About Hannah Fields 104 Articles
Hannah Fields is a journalism major at the Philip Merrill College of Journalism at the University of Maryland. Hannah is a beat writer for The Left Bench and has covered various sports such as men's soccer, women's lacrosse and wrestling. She is also involved with The Left Bench TV and other publications on campus.