There has been a trend among Maryland  men’s soccer set pieces this year. The taker floats a ball to the back post, praying that it will find the head of a 6-foot-5 center back. They hope that the towering defender can knock it back across the box and lead to a goal. In the 16 games the Terps have played so far, the tactic has yielded two goals. Yet the target man, Donovan Pines, has leapt higher than the rest every time.

It took four games for the Terps to notch a single goal, but Pines continued to dominate at the back. The offense has been wasteful at times, struggling to create opportunities, but Pines has shown no signs of frustration. He is a cooler, clamer presence than the Pines of the past, developing a collected maturity that has been crucial in keeping the Terps in the running for an NCAA Tournament bid. The Clarksville, Maryland, native is in third year wearing a Terps jersey, and has made the transformation from physical presence to mature and controlled center back.

Pines spent his freshman year struggling to nail down a starting spot. He was in the first XI for three matches, but appeared in all 17. As a sophomore, he started 14 of 17, and helped the Terps secure nine shutouts. This season, Pines has been given more responsibility, entrusted with leading the backline.

“Coming into the season I wanted to play my role and play my position,” Pines said. “That was my goal this season. I also wanted to become a leader to carry this team as much as possible.”

At the start, it was not easy. The Terps stumbled out of the gates, going winless in their first four games against top-ranked teams. Pines remained focused during the struggle.

“I hoped we would come out a little bit stronger than we did. But as the season progressed, we found our way and started scoring goals,” Pines said.

Over the course of what has been an injury plagued season, Pines has developed a partnership with fellow junior Johannes Bergmann. Surrounded by injuries in the fullback positions, the two have been standouts for the Terps.

“They [Pines and Bergmann] have been two of our most consistent players all year long. They’re our rocks in the back… I couldn’t be happier with their play,” said head coach Sasho Cirovski.

This year brings a more mature version of the raw talent that walked into Maryland as a D.C. United academy captain. His different attitude this year is tangible. Last year, Pines would beat himself up for every mistake, and at times looked void of confidence. This year, after he conceded an unfortunate own goal against Michigan, Pines picked himself up and dominated the rest of the game at the back.

“Donnie is absolutely the best defender in the country. He’s unstoppable and you can’t get around him,” junior midfielder Eli Crognale said earlier this season. “He’s always talking to me and telling me where to go… just all the basic communication.”

Going into postseason play, the Terps will be counting on the more cerebral version of Pines. He’s already proved that he’s more than just the tall guy in the back line. Now, it’s time for results. 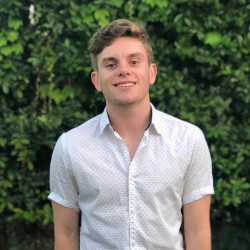